Get A Grip — The Week In Sports Betting: Kansas Is On The Clock And Ready To Go

Most of the industry news that's fit to link

by Gary Rotstein
in Industry

It’s information overload everywhere, and there’s not time enough to sleep and eat and stay fully apprised of what’s happening on this crazy blue dot of ours (two out of three ain’t bad). Here’s the weekend Sports Handle item, “Get a Grip,” recapping the week’s top U.S. sports betting stories, highlighting some fresh news, and rounding up key stories.

Top stories around our network this week

It’s Kansans’ turn on Sept. 1 to embrace the still-young practice for most Americans of placing a legal wager on a sporting event. Based on an announcement from Gov. Laura Kelly, digital and retail sportsbooks will be in operation a week prior to the start of the NFL season and less than four months after sports wagering was legalized in the state. That speed from legalization to implementation will be among the fastest in the country since the U.S. Supreme Court’s 2018 PASPA decision made the activity possible in states other than Nevada.

Not everyone has the same sense of urgency or efficiency in acting on such things. In Massachusetts, regulators have given no hint of a go-live date — to the consternation of stakeholders — to fulfill the goals of the gambling legislation passed on Aug. 1. As noted below, there’s no timetable yet to have Maine up and running after its legalization in May, and while Maryland has had retail sports betting since December 2021, it’s looking like it will be around the time of the 2023 Super Bowl — if even then — before the first digital wager is possible.

Of course, new state launches aren’t the only thing our staff cares about, though those are certainly a top priority. Here’s a range of other topics covered on our sites in recent days.

Confused in California: Overwhelming messages in the fight over legal wagering

Good news for this pair, too

Not really what we were expecting, gladly

Didn’t expect this from Indiana, either

Sportsbooks should be sending customers a monthly statement

As Circa prepares to fly in Sparks, cautious approach remains

We’ll be ready to deal with it soon

What the bookkeepers are saying

The U.S. Department of the Interior filed an appellate court brief Wednesday affirming that it still believes it was correct in approving a compact between the state of Florida and the Seminole Tribe. The compact, approved by Florida lawmakers in May 2021, would give the Seminoles a monopoly on digital and retail sports betting in the state.

A pair of Florida parimutuels sued the DOI last year, claiming that the compact was illegal, and a U.S. District Court judge agreed. The case was appealed and is now moving forward in the U.S. Court of Appeals for the District of Columbia Circuit

In the brief, DOI lawyers wrote that DOI Secretary Deb Haaland has no responsibility or authority to “disapprove a compact that validly authorizes gaming on Indian lands simply because the compact also contemplates that the state will enact legislation permitting persons outside Indian lands to participate in that gaming.” The DOI previously wrote that the district court had “erred” in calling the compact illegal, and the Seminole Tribe filed its own brief this week contending it should be allowed to participate in the lawsuit despite a district court judge’s previous denial.

Maine bettors have to wait until 2023

Maine’s new sports betting law, which will give the state’s four tribes exclusivity over digital gaming, went into effect on Aug. 2, but don’t expect live wagering until sometime in 2023.

Milt Champion, head of the Maine Gambling Control Unit, has said since the law was passed in May that it would take his group at least a year to get things up and running. Maine legalized before Massachusetts and Kansas in 2022, but it will likely take longer to begin offering live wagering than the other two states.

Champion said he expects proposed rules in Maine to be complete and ready for public comment in January. The process to finalize them could then take several months. From there, operators will need to apply for licenses, and that application process takes an average of 90 days in most states.

The latest skirmishing from California …

Backers of California’s Proposition 27, the statewide mobile wagering ballot initiative, released their latest ad Wednesday — this one comparing Prop 27 to Proposition 26, the tribal-backed, retail-only initiative also on the November ballot. Here’s a look:

Also this week, opponents of Proposition 26 announced they had been joined by animal rights groups, two more cities, the San Joaquin County Democratic Central Committee, and the San Juan Capistrano Chamber of Commerce. Opponents say Proposition 26 would allow tribal casinos to “weaponize the Private Attorneys General Act (PAGA) so it can be used against tribal casino operators’ legally-operating competition.”

The Pokagon Band of Potawatomi Indians had a ribbon-cutting ceremony to unveil the expanded gaming floor of the tribe’s Four Winds Casino in South Bend, Indiana. The gaming space now spans nearly 100,000 square feet and contains more than 1,900 slots, 27 table games, a retail sportsbook, and new amenities including a high-limit area and additional cashier cage.

Construction continues on a 23-story hotel tower that will have 83 suites among its 317 rooms, along with a spa, convention area, ballroom, and outdoor swimming pool. The hotel expansion is expected to be completed in the first quarter of 2023. The Pokagon Band reached an agreement with the state of Indiana in April 2021 to expand its compact to include Class III Gaming, which includes table games and retail sports wagering.

U.K.-based gaming conglomerate Entain agreed to a record £17 million settlement with British gaming authorities Wednesday to resolve longstanding money laundering and social responsibility allegations. The charges could result in the loss of Entain’s gaming license in the U.K., The Guardian reported.

The most serious allegations stem from a series of regulatory failures surrounding inadequate risk assessments of the company’s online business for money laundering and terrorist financing, according to the U.K. Gambling Commission. The commission also cited numerous Source of Funds inadequacies with Entain’s customer checks over a 12-month period through October 2020. Moreover, the company failed to conduct enhanced customer due diligence checks in a timely fashion on several occasions, the commission found.

In a statement released Wednesday, Entain said the settlement was reached to bring the matter to a close and to avoid “further costly and protracted legal proceedings.” The commission also found no evidence of “criminal spending within Entain’s operations,” the company noted. Entain has a 50% stake in BetMGM, a joint online gaming venture with MGM Resorts.

Paterson, now a senior vice president and senior advisor at Sands, described the Willets Point area as an attractive site because of the flow of traffic in and out of Mets games. He noted the site has pushback, however, from several “radical legislators” in the district. In a conference panel discussion, New York real estate state developer Jeff Gural pointed to Citi Field as a favorite to land one of three casino licenses.

“Jeff said it’s the most attractive location. I’m not sure that’s the case,” Paterson said. He added that Sands has also met with potential developers in the Bronx and Coney Island.

Asked at Tues' @rgcsaratoga conference on the odds that Sands will land one of 3 coveted downstate NY casino licenses, former @NYGovPaterson55 responded: "I can't bet on that because I'm trying to make it happen." Paterson serves as a senior advisor for @LasVegasSands pic.twitter.com/9cjA49ilTt

The Virginia Lottery released its first casino gaming report this week, sharing revenue figures from Hard Rock Bristol, which is currently the state’s only operational casino. Hard Rock, which opened its temporary venue on July 8, generated $11.7 million in adjusted gross revenue from slots and table games last month, from which $2.1 million in taxes were paid to the Gaming Proceeds Fund.

In Massachusetts, the gaming commission reported that Plainridge Park Casino, MGM Springfield, and Encore Boston Harbor generated $99 million in gross gaming revenue in July. The state collected $27.7 million in tax revenue from casinos during the month, and Massachusetts has collected approximately $1.2 billion in taxes from the three casinos since they opened.

More of the most important, interesting stories

JUST WAIT ‘TIL NEXT YEAR: It’s official: One Casino won’t be on Richmond ballots this November [Richmond Times-Dispatch}

DECOLDEST IS THE COOLEST NAME: Nebraska wide receiver with incredible name releases the greatest commercial of the NIL era [brobible}

WAIT, WE WON HOW MUCH?: Couple celebrates $360 win in Washington lottery — but they missed a few zeroes [Miami Herald}

HELPING OUT THE CAUSE: ICRG receives $600,000 from Bally’s for responsible gambling research [CDC Gaming Reports}

Gary is a longtime journalist, having spent three decades covering gambling, state government, and other issues for the Pittsburgh Post-Gazette, in addition to stints as managing editor of the Bedford (Pa.) Gazette and as a reporter for United Press International and the Middletown (Conn.) Press. Contact Gary at gary@usbets.com. 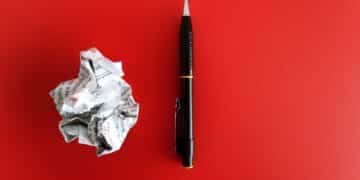