No Clarity On Massachusetts Launch, But Encore Wants Kiosks In Parking Garage

At first stakeholder meeting, casinos and racetracks had many questions and pushed for a go-live date

by Jill R. Dorson
in Regulation

Commissioners opened the meeting by saying that the regulatory process will be “deliberate,” and that while they want to move “swiftly,” they “won’t sacrifice integrity.”

The meeting closed with stakeholders clearly stating that they prefer a universal start date for in-person wagering rather than a staggered start. Likely most confounding to stakeholders is the commission’s seeming inability to understand why identifying a start date is so important.

Commissioner Eileen O’Brien said she didn’t envision being able to target a launch date anytime soon, and she then asked stakeholders to explain the relevance. Operators explained how all of their preparations are timed to the start date and that everything from licensing to hiring to procuring equipment is related to when a jurisdiction will go live.

The four-and-a-half-hour-long meeting was designed to get input and hear from the five major stakeholders that own existing brick-and-mortar gaming venues in the state — Encore-Boston Harbor (WynnBET), MGM-Springfield (BetMGM), Plainridge Park (Barstool Sportsbook), Raynham Park, and Suffolk Downs. The first two are full service casinos, Plainridge Park is a slot parlor and racing venue, and the last two are horse racetracks, though neither is currently offering live racing.

Under the new law, the casinos are each entitled to one retail location plus two digital skins or platforms, while the racetracks can each have a physical sportsbook and one platform. The law also allows for seven stand-alone mobile sites, so companies without gaming operations presently in the state — such as Boston-based DraftKings, FanDuel, Caesars Sportsbook, PointsBet, and Rush Street Interactive (BetRivers) — can apply for licenses.

The MGC has plans for additional stakeholder roundtables to discuss a digital launch and bring mobile operators to the table.

Stakeholders offered numerous questions and concerns, including where they could locate kiosks, what the licensing process will look like, and the need for clarification around application and licensing fees.

Kiosks in a parking garage?

Of particular interest was a question from Jacqui Krum, representing Encore-Boston Harbor. She suggested that the casino is interested in temporarily locating betting kiosks in ballrooms for watch parties and in the hotel’s garage to allow bettors to “pull up, use short-term parking, and get in and out.”

Such setups would require additional surveillance beyond the gaming floor and raise other issues, and the MGC did not offer clear guidance. A representative from MGM-Springfield, the only other full-service Las Vegas-style casino, said his company has plans to keep kiosks on the gaming floor.

New #GambleOn! @sports_handle's Jill Dorson joins us to break down the #sportsbetting outlook in California and Massachusetts, plus @BergenBrennan & I talk @JasonDRobins and a feel-good story, MLB backing Prop 27, tales of Little League, and more: https://t.co/C10OIm8Jrh

Another key issue discussed was how the MGC will handle promotional play. Commissioners, stakeholders, and staff had a lively conversation on the subject — interrupted by a citizen named Kevin chiming in and saying, “I think you should put some people on the board who know about sports betting.” Once Chairperson Cathy Judd-Stein graciously let Kevin (whose last name was unintelligible) know his comments were welcome but that his call was breaking up, the meeting participants continued discussion.

Staff shared that on the casino side, promotional play is deductible, but that on the sports betting side, the law does not specify how it will be handled, meaning it will be a regulatory decision. O’Brien said she was surprised at how “reticent” operators were in terms of their thoughts on the subject.

Her comment opened a floodgate led by MGM’s Augustine Kim, who said “MGM wants as much credit to promo play as possible. We 100 percent endorse that promo place be excluded” from tax calculations.

Representatives from Encore and Plainridge Park also agreed that such promotions are a critical part of a sportsbook’s financial plan. Krum of Encore said that promo deductions are particularly important at launch, both as a marketing tool and as a way to get customers “more comfortable” with a platform.

Massachusetts is not desperate for tax revenues from sports betting, especially in the near term (large budget surplus). The smart play would be to allow promo play deductions and let operators spend to build customer bases. They can claw back later when market is more mature.

Stakeholders and the commission also discussed how exclusion lists would be handled. Stakeholders explained to the commission that in some cases, if a person self-excludes in one state, that exclusion applies across state borders, though it can be a challenge for operators to stop an excluded person from placing a cash wager.

Another interesting question that arose has to do with Type 2 licensees, which are the two racetracks. According to the law, those licensees must make a $7.5 million capital investment as part of the licensing process. Raynham Park representative Steve Eichler asked for clarification on when that investment must be made, quipping that if it is required after a license is issued, “we’ll tell people to take the shovels out of the ground” as the track is already building out its brick-and-mortar location.

When the commission circled back on the question, it became clear that Eichler may well have to act on his joke — the law reads that the $7.5 million investment must be made within three years after receiving a sports wagering license.

Judd-Stein said the law posed an “interesting challenge” and likely an “unintended consequence.” It could create inequity between the casinos and racetracks. Suffolk Downs’ Chip Tuttle implied that his company has not yet broken ground on a temporary or permanent sportsbook, as it may change locations. But Raynham Park has clearly already begun work on its sportsbook, which it may now need to delay.

The casinos, which have all already made major capital investments in the state, don’t have to adhere to the new requirement, and it appears they could all open relatively quickly. Depending on how the MGC handles the situation, it could mean that retail sportsbooks open in two phases — casinos first, and then the tracks, once they’ve made their investments and have venues to open.

Racetracks will have options

While the five stakeholders are known to the MGC, which is expected to make their retail licensing process go more smoothly, there are key differences between the casinos and racetracks. All three casinos already have at least one sports wagering partner secured, and all three have either already built out or are in the process of building out sports lounges that will ultimately be sportsbooks.

The racetracks are entertaining offers from potential partners, and neither is as far along as the casinos in terms of build out. Both Tuttle, representing Suffolk Downs, and Eichel, representing Raynham Park, said they’ve been approached by multiple potential partners and that those partners are seeking answers to questions surrounding timing and licensing fees, in particular, before moving forward.

Also of note for Suffolk Downs is that its lease with HYM Investment Group expires in 2023. While it is talking with its landlord about options, it could well move operations to another location within Suffolk County.

On Wednesday, the MGC issued a Notice of Intent, requesting that those interested in applying for licenses make their intentions known. The deadline for the NOI is Aug. 31, and according to the notice, not filing won’t hurt an entity’s chances of getting a license — it is merely a tool for the commission to get an idea of how many applications it will be dealing with. 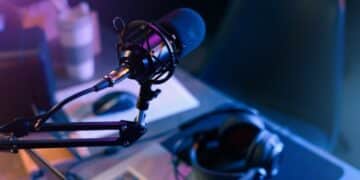 ‘Entourage’ Actor Jerry Ferrara Is Getting In The Sports Betting Game 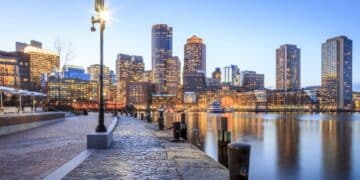